Navigate back to the homepage
How It WorksFeaturesPricing

Foody was looking for ways to test feature images of stores, and help the storeowners of their marketplace sell more and serve their clients better. They found that A/B testing could solve this problem, but for each test, they would require at least 2 weeks of testing and a lot of traffic to have a statistical significance which was not workable.

Led by Panayiotis Pavlides, UX designer at Foody, the company launched a project to measure the effect featured images have on business metrics. Using VisualEyes, Foody managed to firstly predict and then confirm the outcomes of the research:

Before Foody’s team started testing their designs, they created an experimentation process to get credible results.

In the first step, they searched for stores with high enough traffic. High traffic would enable Foody’s team to validate their assumptions faster and measure how their changes would affect each store’s conversions.

After finding high traffic stores, they handpicked the stores that had a featured image with low Clarity Score, thus a better opportunity to increase the Clarity of the creative.

Do some quick and dirty tests to see how much you can increase Clarity Score on your designs. You need to raise Clarity Score just a handful of units. For a creative inside a UI, even small enhancements, score-wise, may reflect on better conversion rates.

In the last step, they picked stores that matched the criteria mentioned above, and they started testing new images, that eventually would increase the Clarity Score of the designs. They were testing images either provided by the store owners or from stock photos.

Testing different images inside your product's UI is a clever way of simulating a proper production environment.

When they found images that increased Clarity Score enough (2-3 points on average) they published the new featured images on production and started measuring the conversions. Foody’s team waited for at least 2 weeks, to account for cyclical variation in web traffic, as suggested from Google.

Then the results arrived with a surprising uplift in every single store they changed it’s featured image.

Foody’s team notice a 33% conversion rate increase on average on the stores that they changed the featured image.

Additionally, they noticed an average of 116% increase in Per Session Goal Value for every store. An increase to celebrate 🎉

This is the Aesthetic Usability effect in practice! A more aesthetically pleasing image contributed to higher conversions and more value for each session.

The next step in Foody’s team is to remove individual biases in Design Critiques and eliminate guesswork. They want to onboard the marketing team on VisualEyes’ platform and establish a company-wise culture of experimentation. To enable this, Foody is taking advantage of VisualEyes’ plugins and platform. 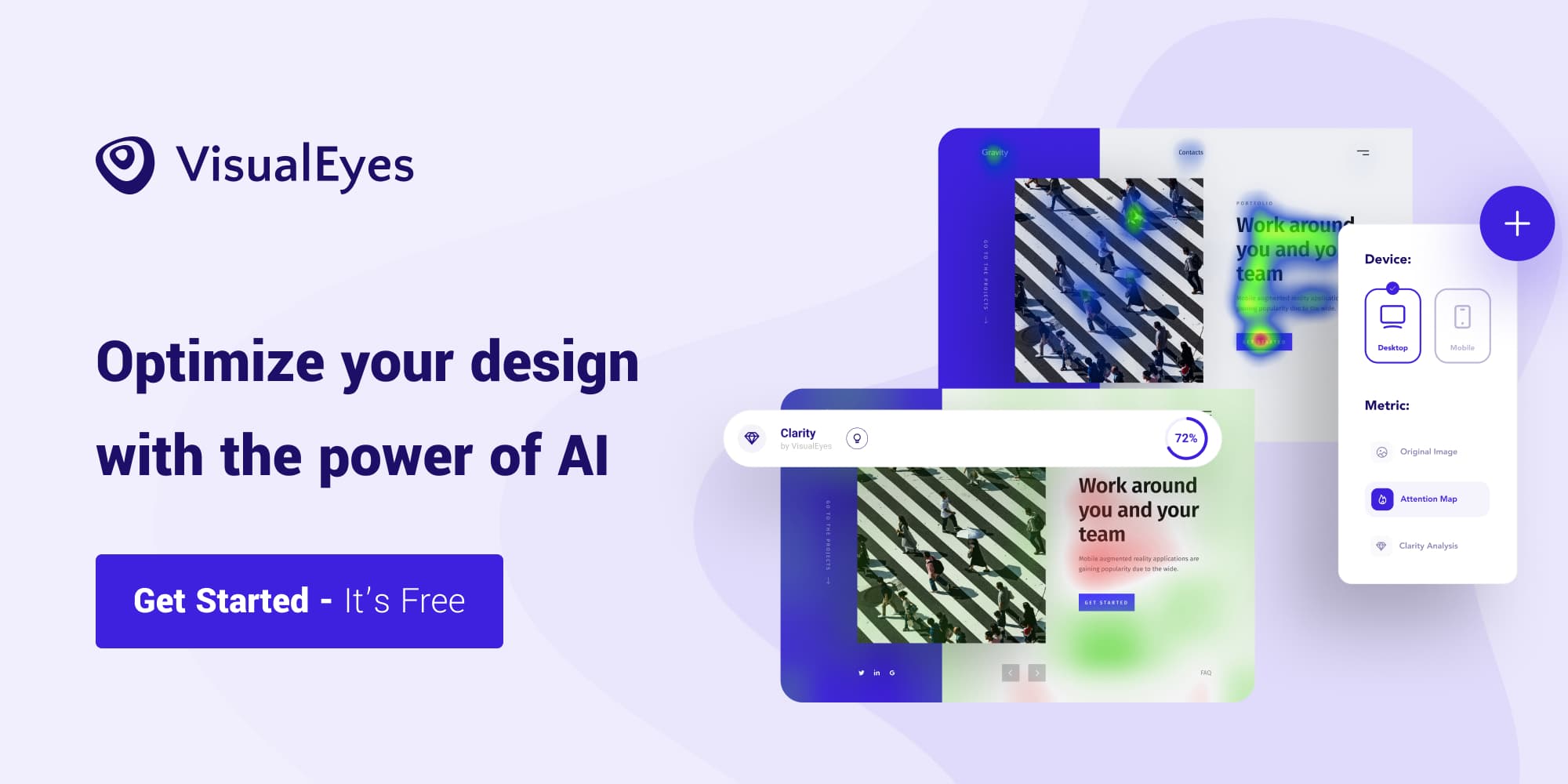 There is a reason you are not familiar with many -maybe not even one- of Airbnb’s competitors.

How to interpret Clarity Score and Maps

In this article, we will try to interpret a few Clarity Scores and Clarity Maps and understand the insights we can extract to iterate and design better.